"God Who Has No Hands": The Foundation Of Our Curriculum

"God Who Has No Hands" is a creation story written by one of the most brilliant woman in the education field, Dr. Marie Montessori. It is considered the alternate story to share in place of  The First Great Lesson: The Begining of the Universe and Earth.  I am not a trained Montessori Guide so I feel more comfortable referring you to this site for accurate information regarding The Great Lessons moteaco.com.

At first there was chaos, and darkness was on the face of the deep. God said, " Let there be light", and there was light. 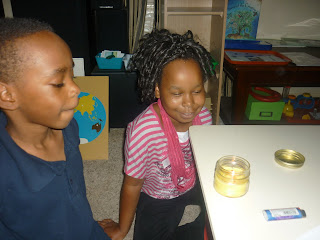 The countless hosts of stars are like these little drops. 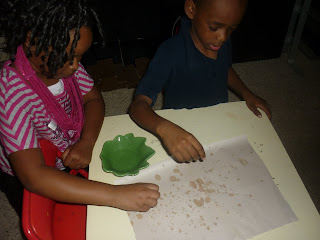 It means that in one second light can travel seven times around the whole world. 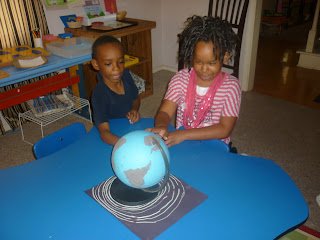 One of those stars, one of those grains of sand among those thousands of billions of sand is our Sun and one millionth part of this grain is our Earth. An almost invisible speck of nothingness. 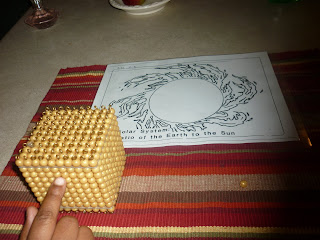 The particles assumed different states which we call solid, liquid and gas. 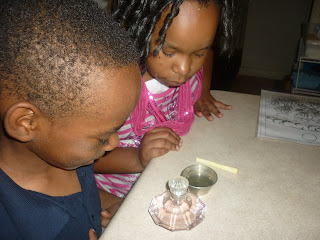 Each of the tiny particles were given a special love for certain particles and a special dislike for certain others. Some were attracted to each other and some were not. Just like human beings, they like some and refuse to have anything to do with the others. In this way they combined and formed themselves into different groups. 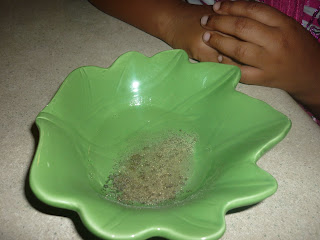 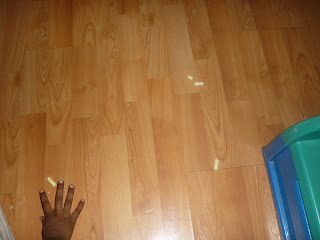 When it comes to liquids, God said "You shall hold together also, but not so very closely. You will have no shape of your own, but will roll over each other. You shall flow and spread, filling every hollow, every crevice in your path.  You will push downwards and sideways, but never upwards". 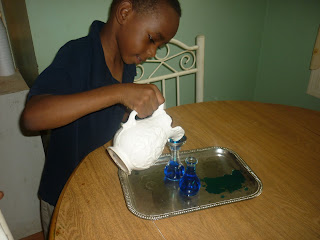 And to the gases He said" Your particles shall not cling together at all. They can move in all directions." 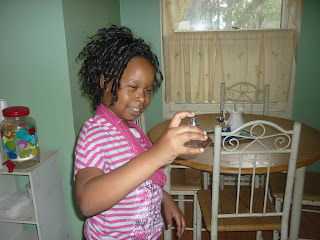 But as the particles were also different individuals, they did not become solid, liquid or gas all at the same time. They changed their state according to the temperature. 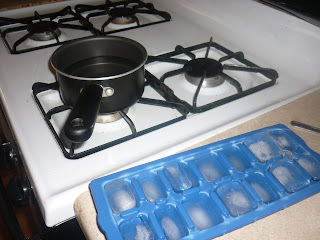 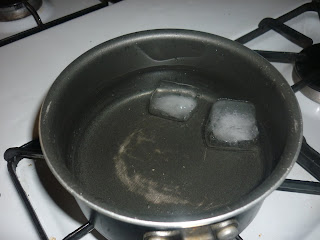 And as time went on, the outer ring of this mass began to dance- a dance of the elements.....
Like little angels, they carried buckets of hot, burning coal into space and returned, bringing ice instead. 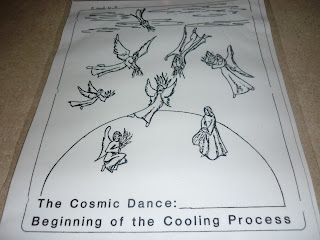 Finally the particles settled down, like tired dancers, and one after another they became first liquid then solid.
The heavier ones nearer to the heart of the Earth and the lighter ones floated above them. 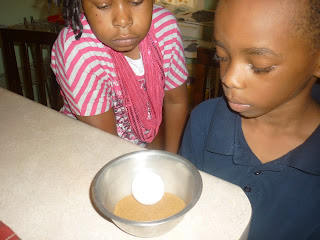 They had to follow the law of God: If you are hot you expand. But there was no place to expand and so they burst out. 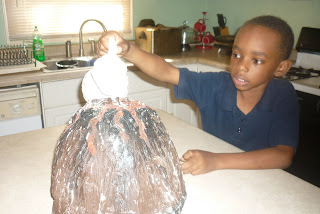 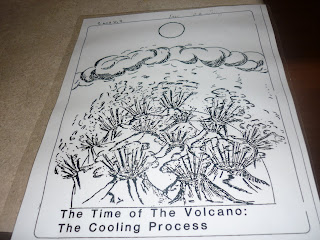 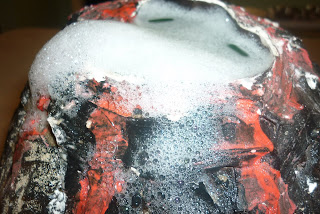 As everybody cooled down, more and more gases became liquid, more and more liquids became solid. The Earth itself shrank and became wrinkled, like an old apple that had been left in the cupboard. 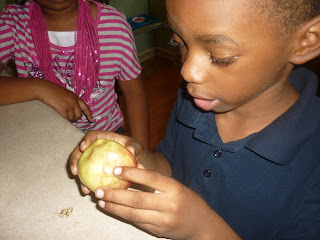 The wrinkles are the mountains and the hollows are the oceans......

And today, as it is millions of years ago, the Earth and all the elements and compounds it is made of, as they fulfill their task, whisper with one voice: "Lord, your will be done. We Obey."

Once again I will like to mention that these words were excerpted from Dr. Marie Montessori's creation story "God Who Has No Hands."  The charts that I used can be found in the history album that we are using I have the link located on the sidebar. My children were in awe during the whole presentation. The only words were uttered were "Can I pour it" , "Can I touch it" in a whisper voice. After reading this story words have not stopped, they have a ton of questions. I have asked them to write them all down. Let the research begin!!

I have a couple of creation stories that I picked up from the library that they will have on the shelf. Also the history album has quite a few from different places in the world. In my kids own words " Today was the best school day in their whole life." I too share the same feelings as them. As I was learning the story, there were some new to me connections that I finally was able to make. I hold this story very close to my heart. I have memorized this and I hope to be able to hear my children tell this story to someone from their heart.

Do you have any creation stories that you hold dear to your heart? If so please leave a comment I would love to hear about them!!